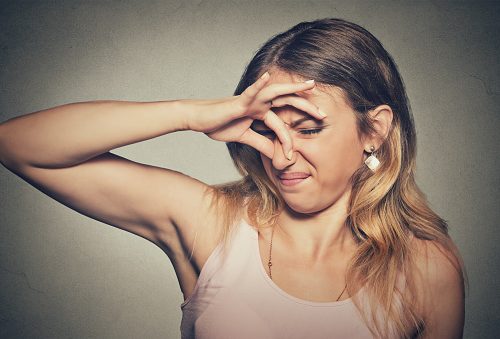 I know this is a very candid title and its meant to be that way. You might be thinking whaa wait but stay with me I am going somewhere with this lol. Yup, That is me Jesus’s Farting Bride” I’d like to think I gave myself that title but I believe it was inspired by Holy Spirit , He truly has a sense of humor and a lesson in everything. It all began a few months ago, okay fine if I can be honest a lot longer than that lol. after eating a heavy leafy meal I entered into the Lord’s presence to spend some quality time with him. I positioned myself nicely in my prayer closet, set the mood with my pillow, music play list and lamp for low lighting. As soon as I began to worship I felt his sweet presence, so real and so warm surrounding me. However, I couldn’t help but be distracted by the sudden stirring in my belly, as bubbles and gas swirled around withing me.  As I kept thinking “no…no not right now, not in his presence please not now.” (side note: Anytime the Lord manifest his presence its like he is literally there, which he is. So I always imagine him sitting across from me Indian style or just holding me because He is..and then it happened.) I couldn’t hold it any longer and I just let it rip. Oh guys it was a long one, and they just kept coming and coming as different songs would play. I was completely embarrassed as the smell just filled up the closet, I mean utterly embarrassed. Thinking what does Jesus think of me, as I began to apologize to him shamefully. Then a break finally between the songs was an advertisement by Febreze  about a husband and wife who had to clean up stinky clothes and  the jingle  went ” When what you love stinks, when what you love stinks”. I opened my eyes in shock realizing how indeed every present Jesus is knowing that it was from him I bust out with laughter! lol JESUS HAS A SENSE OF HUMOR!

In that moment I felt he began to speak to my heart that He doesn’t see as men sees nor does He smell like men smell. To him worship is a sweet aroma to him a fragrant offering in which he delights in. It doesn’t matter how I come to him or anyone for that matter. It made me think of the homeless, those who may be bed ridden with sores and open wounds, those who are impoverished and feel they don’t look good enough to step into a church  because “man” have made it that way. We have become so carnal in nature that often judge each other according to the flesh and not the spirit. We have made the look  and the culture of many congregation more important than the people that enter the building. We often times will keep people at a distance because of how they look.The homeless have experienced that too many times. Where many would keep them at an arms distance rather then hug and love on them. Further more, because of mans response to us when we are in this state we tend to think God is the same way. That you have to come to him when your cleaned up or you have to bring your Sunday’s best when you enter church. We also tend to have that same attitude with one another as believers. Where we become so fearful of people seeing our weaknesses that we began to where mask behind our struggles and easily try to keep up with others expectation of what a “strong faith filled believer” is suppose to be like. So we too don’t want anyone to smell the stench of our mess.

1 Samuel 16:7
But the Lord said to Samuel, “Do not look at his appearance or at his physical stature, because I have [a]refused him. For[b] the Lord does not see as man sees; for man looks at the outward appearance, but the Lord looks at the heart.”

What actually smells to the Lord is sin. Yup, sin before the Lord and the cloud of witness is like as he said it once in a prophetic message “its like putting your face in dog excrement” phee weew.  Isaiah 65:5 They say, ‘Keep to yourself, don’t come near me, for I am too holy for you!’ These practices are smoke in My nostrils, a fire that burns all day long. So think how many people walk around looking good on the outside but before the presence of God stink terribly and how many people are judged outwardly but their hearts are a sweet fragrance before the Lord. So I want to encourage you that Jesus is so ever present whether he manifest his presence or not doesn’t change the fact that he i with you, right now in this moment. Sharing this experience you and all your experiences for that matter. He is a God that does life with us so there is no area in your life or in your past that you need to be ashamed of or hide it from him because guess what…he was there. He doesn’t judge you, condemn you or is even ashamed of you rather he encourages, approves of you and loves you deeply. I think He would also like for you not to take yourself so seriously and I’m sure would love to bring laughter to the many embarrassing moment in your life. That’s who Jesus is, the God, the bridegroom who Loves us even when we stink! lol

P.S. Bring your stinkiness to him