This has definitely been an exciting weekend for my family. I am in awe at the Lord seeing the fulfillment of his faithfulness, his mercy and grace upon my families life. My older brother who was locked up for 3 years was released 7 years early on good behavior to come home to be with us yesterday! Isn’t God so gracious and merciful. We  all got together at my mothers house for a celebrations. The whole family which includes, 8 nieces and nephews , my 5 sisters , my brother and a few friends. For the first time in 3 years my mother had all 7 of her kids under her roof again. So you had to imagine the house was so noisy with celebration and yes, of course yelling at the kids to tone it down lol. Toward the end of the night we had a friend group us all together to take a picture and they said wow there is so many of you all. I looked around and smiled inside because there is so many of us, to think just a few years ago the number of people in my family brought me shame, embarrassment, guilt, sadness, hopelessness, irritation and even anger.  I just had to praise the Lord for his sovereignty, his goodness, faithfulness and his grace in that moment he reminded me where death was assigned to our family he not only declared life but multiplied us as well! Thank you Jesus he is so awesome!!

You see at some point each one of my siblings even my parents have faced death. Only a few years ago did I notice this pattern and assignment the enemy was after our family intentionally, and intensely. As he is after every believer, however the Lord always protected us, sustained us and I know see the manifestation of the Lord redeeming us! So just  a little family history of the instances in our family where the enemy  could’ve taken each of us out if it wasn’t for the Lords intervention. My mother at young age of 21 was walking home from work when she first arrived in the states. She was told at the time from my uncle not to get a ride from anyone and wait on him however, she was tired didn’t listen and got a ride from a passerby. He then decided to take a route separate from my mothers house and attempted to lock her in the car. However, my mother said something told her to jump out the car during a red light and she did just that. Running for her life and she learned her lesson that day  that it was the grace of God that nudged her to run out the car. My father was also in a bad car accident where he was thrown out the vehicle and almost lost his life as a youth. Then my older brother Todd,  has had many battles. Starting from my mothers womb he almost died, they had to take him out with forceps thought he would be blind or have brain damage but,within a few weeks was perfectly fine. The following years of his adolescences and adult life got involved with the wrong crowd and friends. Had many fights, and as a family we had many nights of prayer for him not sure if he would return home. However, even with him a getting sentenced I see the Lord hand in that because the Lord corrects those he loves and keeps them from harm even sometimes we don’t perceive what he is doing. Thank you Father!

Hebrew 12:6
For the LORD disciplines those he loves, and he punishes each one he accepts as his child.”

Now to me, I had one of the most terrible accidents about 5 years ago where me and friend where driving from the club (yes partying and drinking) we were side swiped and our car flipped rolling over the median into the merging lane, we landed on top of another car and rolled again 5 times into the grassy plain across the highway about a few feet from light pole. With no seat belt  I landed right side up and I literally had a half inch scratch on my back. Where as my other friend had bruised lung but we were all perfectly okay. If that isn’t God I don’t know what is! Then my younger sister Nana Fremah also had a death or life encounter giving birth to her son, Tristen where she began to hemorrhage right after giving birth.  She at one point thought of having abortion when she found of out her pregnancy. She made an appointment and upon entering into the facility for the procedure she stated the Lord nudged her to walk out  and she did just that. My wonderful nephew Tristen would’ve never been here if she didn’t listen. Then my sister following her Nana Serwah has been in two almost deadly car accidents. One was with my other sister who follows her Nana Kondau, where the car they were driving caught on fire. They were told by a family driving beside them to jump out. So they jumped out of the car and upon the car hitting the curb it exploded. Can you believe that,  something out of  an action movie. They both walked away with scratches by the Grace of God! To add to this testimony when my sister Nana Kondua got pregnant with her children the first one we call Zay Zay was born with seizures which the Lord has already declared by his word and even in a vision that he will heal her!! The second one, Naomi was a troubled pregnancy my sister had no ammonic fluid. The doctors told her to abort but, she didn’t trusting the Lord will let the baby live. Sure enough Naomi came out kicking, screaming feisty premature baby so strong and still has no issue even now. We thank God for his Grace!! Now, with Nana Frimponga known as Nana #5 has gone through many trials of depression & even suicide. When we were hopeless and as she was admitted into the hospital, my mother weary not sure what to do but to pray. She told my sister not to take the medication trusting the Lord and sure enough the Lord guided my sister to the bible she began to read it and was able to overcome this battle. We thank God that his word is power it against any strong hold!

Hebrews 4:12 – For the word of God [is] quick, and powerful, and sharper than any two edged sword, piercing even to the dividing asunder of soul and spirit, and of the joints and marrow, and [is] a discerner of the thoughts and intents of the heart.

So now seeing where the enemy had not only tried to take my parents out even before they had us, then take each of us which would then stop my sibling from having their beautiful children. I remember about 4 years ago being in the car driving to my mothers house and so saddened, burdened and in despair as to where my family was. My siblings kept having a children it seemed like every year and the toll it was taking on my mom. I just broke down in the car asking the Lord why, where was here, it seems are prayers were going in circles. I was just tired and utterly broken, I felt so helpless, alone and hopeless. I know now that was the furthest from the truth. The Lord was right there and has been all along. He even brought a scripture to my attention a few months ago regarding children:

Psalm 127: 35
Children are a heritage from the LORD, offspring a reward from him.

Isn’t that beautiful scripture, that is how good our God is that even out of wedlock, even in the midst of our sin he blesses us with a beautiful gift of children and what a blessing all 8 of them are now to us. Yes, we still have our struggles in our family and by no means is everything perfect but now looking back I thank God for our numerous trials , I thank him for his Grace upon us, His Mercy, His Goodness, His Love and his Faithfulness! We are still waiting and trusting him to see the manifestation of all his promise’s but, I now know that we were never alone and we will never be alone. We can face anything as a family by his grace for he will never leave us or forsake us. Thank you Lord that when the enemy assigned death to our family not only did you declare life but you multiplied us as well!! Praise you Lord, Love you Jesus!! 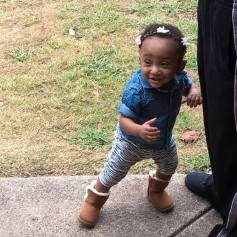 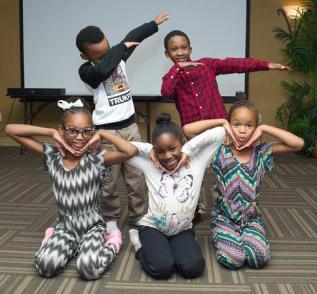 2 thoughts on “When The Enemy Assigned Death The Lord Declared Life & Multiplication!”